The making of the Sons of Eden wines 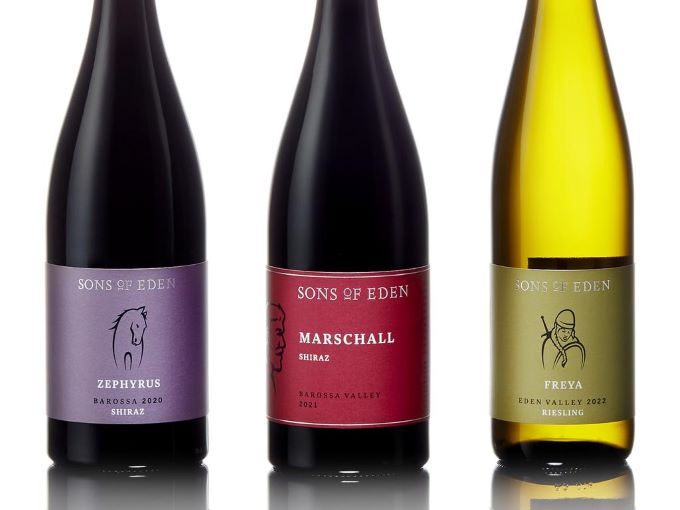 When winemaker Corey Ryan and multi-skilled viticulturist Simon Cowham established Sons of Eden in 2000 they already had years of experience in the Barossa and Eden Valleys. Ryan has now racked up 25+ Barossa vintages, and also worked in New Zealand with Villa Maria Estates (hence awarded 2007 New Zealand Winemaker of the Year by Winestate). Back home he was Australian Winemaker of the Year finalist 2016 by Gourmet Traveller WINE. He had worked with McWilliam’s and Cellarmaster Wines, but it was his time as a winemaker at Henschke that lit his fire for the Eden Valley.

Cowham’s early days included selling England’s Oddbins wines in its glory days, returning home working for the Winemakers’ Federation of Australia. Switching from administration to grape growing by qualifying as a viticulturist and joining Yalumba as manager of it Heggies and Pewsey Vale vineyards in the mid-’90s. In 2013 Barons of Barossa anointed him as Barossa Winemaker of the Year. He, too, has 25+ Barossa vintages under his belt.

Currently there are more than 25 vineyard sites across the Barossa and Eden Valleys that supply fruit to Sons of Eden. Ten of these vineyards are directly managed and operated by Sons of Eden, the balance supplied by handshake agreements with their loyal generational growers. That it isn’t broke and doesn’t need fixing is demonstrated by three Most Successful Exhibitor awards from the Barossa Wine Show, twice from the Winewise Small Vigneron Awards, and an unbroken annual stream of 5 red star ratings 2012-2023.

The three selections for this week’s column only tell half the tale. Zephyrus was picked between 29 February and 24 March, Marschall between 19 February and 16 March, all with skin contact for 15 days including a 5-day cold soak. Freya came from three vineyards, two more than 40 years old, all in cooler high elevation parts of the Eden Valley, hand-picked and chilled, whole bunch-pressed, cool settled and fermented.

And there are another 11 wines in the portfolio.

Open-fermented and hand-plunged, each fermenter with whole bunch (10% to 35%) inclusion. Matured for 12 months in French hogsheads (35% new) and bottled without fining or filtration. A delicious shiraz, with a juicy mouthfeel, partly due to whole bunch which also invests attractive spicy notes on the finish.

From six vineyards in six districts, with a wide range of fermentation techniques, matured in new and used French hogsheads for 14 months. A smooth and supple medium-bodied wine is the result, with plum and blackberry fruits, integrated oak and tannins. Value-plus.

Opens with a perfumed bouquet of white flower and citrus blossom, the palate tracking the bouquet with exemplary analysis and purity; its lime/lemon flavour base line gives it presence now and into the distant future.