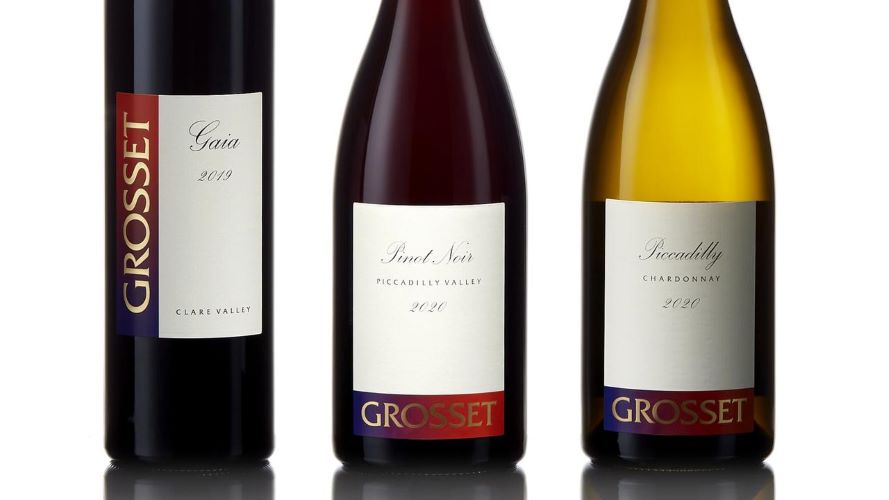 Jeffrey Grosset speaks quietly, thinks deeply, and acts decisively once he sees the status quo needs to be challenged. He is fearless in the pursuit of change, and calmly applies the slide ruler to himself or others alike. Given his hyper-intelligence, those who seek to debate an issue with him need to carefully marshal the facts on which they rely before entering the debate.

He was 15 when he tasted a riesling brought home by his father, and the fire was lit. He enrolled at Roseworthy Agricultural College on his 16th birthday, completing a double diploma five years later. Then followed 18 months at Seppelt Great Western before heading to a German winery with a 1000 tonne crush as assistant winemaker only to find the chosen French winemaker had changed his mind, leaving Grosset in charge. Job completed, he returned to Australia and took on Lindeman’s Karadoc winery with its 30 000 tonne crush.

Three years later he downsizes to a crush of 12 tonnes, yes twelve, with the first vintage of his eponymous winery in 1981. He learnt the Clare Valley’s Farmers Union dairy in Auburn was available at a nominal price. ‘The cost of moving in was the removal of the Farmers Union sign and substituting Grosset Wines’ he told me.

Looking beyond the home hearth was his crusade in the 1980s to change the labelling laws so that riesling denoted a grape, not a spurious brand that was used on any white wine regardless of the variety/ies used. Then came the critically important adoption of screwcaps when he threw down the gauntlet and carried the riesling makers of the Clare Valley to adopt it en masse in 2000.

Next, he established the Grosset Gaia Fund, donating to charities supporting youth, the arts, and the environment. And now he has led the way for Australian winemakers to use blockchain technology https://www.enseal.global/ for verification of product provenance, authenticity and seal integrity.

A marvellously, sumptuously, rich 85/15% cabernet sauvignon cabernet franc blend that has paid no attention to the drought-ravaged, hot growing season, other than the total production of only 5000 bottles. It is not jammy, not roasted, nor alcoholic. A great example of sure touch in vinification.

A light and clear crimson hue; in typical Grosset style, ablaze with forest-grown red fruits, pomegranate and exotic spices from the Middle East. It is at once delicate yet intense, mouth-watering throughout the journey.

There’s a no-doubt touch of struck match on the bouquet that gives the wine presence, and politely demands attention. Grapefruit zest and Meyer lemon are among the rivulets that join with cadenced acidity on the oh-so-fresh finish and aftertaste.