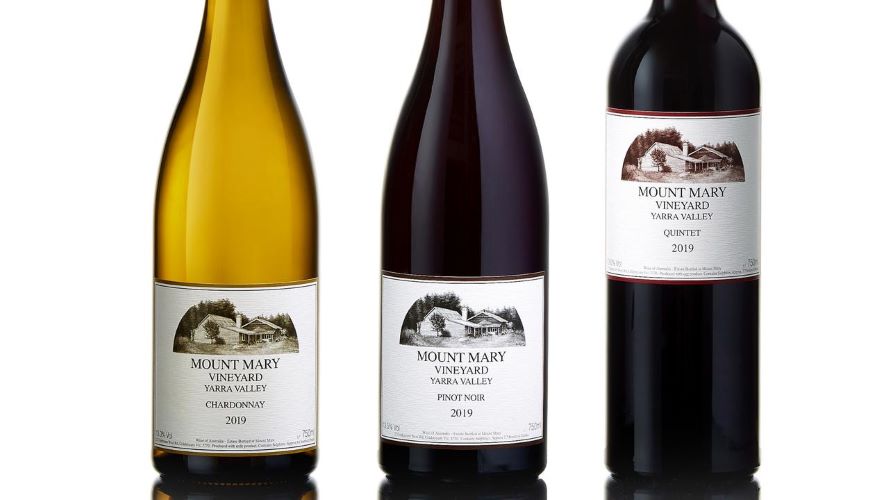 The Yarra Valley’s Mount Mary was born of the vision of the late Dr John Middleton and shaped by his relentless drive for perfection. He had made experimental wines in the 1960s, and didn’t let his busy medical practice impede his search for a perfect site for his planned vineyard. He found it on a road that even today is seldom travelled, and can’t be seen or appreciated from the level of the road that snakes around the base of the isolated hill that is Mount Mary. Together with wife Marli, he bought the land, planted the first stage of today’s vineyard in 1972, built a house, and several years later the winery.

By the time John died in 2006, aged 82, Mount Mary’s wines had long been recognised as the leader of the Yarra Valley pack. There were no cellar door sales, and no advertising; the sole marketing expense was an annual A4 gatefold brochure sent to good clients. Even journalists were vetted before being allowed into the winery, its sanitary standard that of a hospital operating theatre. And therein lay the secret of the quality of the wines. Infinite care was taken with every stage of converting grapes into wine to be released when (in Middleton’s view) it was ready.

Grandson Sam, with a degree in agricultural science, is now in charge, his father David happy to pass on the chalice. In 2008-09 grenache, shiraz and mourvedre were planted in the warmest part of the property for Marli Russell RP2, and marsanne, roussanne and clairette for Marli Russell RP1; in 2014 the first commercial releases were made.

The Yarra is beset with the slow spread of phylloxera, and shares the viral vine dieback eutypa with the rest of Australia, but Sam is in front of the curve. In the winery two vibrating sorting tables and the newly developed Oscillys destemmer bypass the absence of skilled labour.

A fragrant, perfumed bouquet and palate with cherry plum and berry fruit has hallmark length; French oak (25% new) and ultra-fine tannins give it a beguiling complexity; the spices will build over years to come. 13% alc; cork 97 points, drink to 2034, $150

44/30/16/5/5% cabernet sauvignon, merlot, cabernet franc, malbec and petit verdot; its superb colour promises all that is delivered by this utterly glorious wine, every detail perfect. Cassis, blackcurrant, black olive, bay leaf and cedar rest on a cushion of polished tannins, its harmony and balance faultless. 13% alc; cork 98 points, drink to 2041, $165