Ricky Ponting’s wines: are they any good? 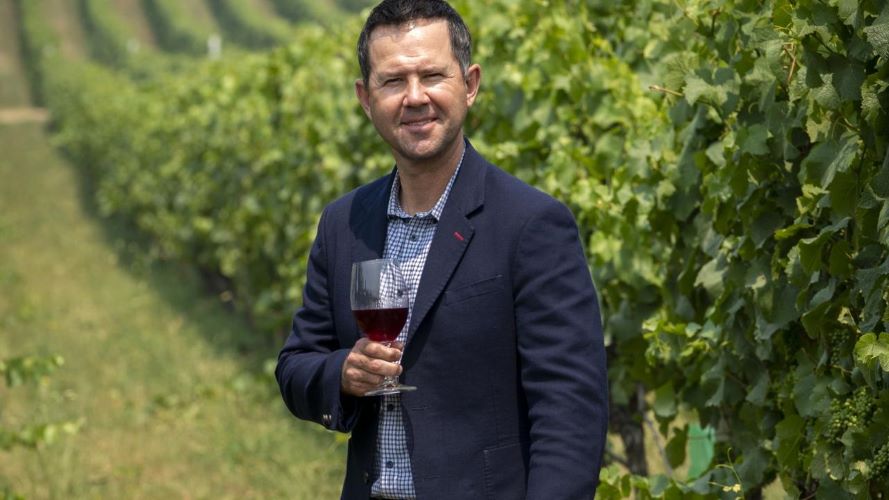 I am a cricket tragic with a 70-year obsession fed by a fascination with continuous and ingenious coverage via drones, cameras and microphones in cricket stumps, and ever more sophisticated reviews of decisions by umpires.

Geoff Merrill is a very good winemaker, a natural wine marketer picking up accents like a jackdaw, and a cricket lover. Almost overnight he became a good friend of Bob Willis and Ian Botham, followed by a wine joint venture with them branded Botham Merrill Willis. It’s seen wines on the market for some years, the current releases 2018 Chardonnay, 2014 Shiraz and 2013 Cabernet Sauvignon. I can attest that Ian Botham has an awesome appetite for wine, and that Bob Willis had an independent wine shop in England.

Now ex-Moët Hennessy marketer David Krenich has joined forces with Ben Riggs and cricket great Ricky Ponting to create the eponymous wine brand. Ponting began to lay waste to bowlers aged 11, with four centuries in a five-day Tasmanian tournament, batting in the under 13s. He made his first class debut for Tasmania aged 17, and by 20 he was wearing the baggy green cap for Australia. His Test and one day international record makes him one of the all-time greatest players, but he hasn’t forgotten his upbringing in the suburbs of Launceston, or his love of betting, which gained him the nickname “Punter”.

Ben Riggs’ winemaking birthplace was McLaren Vale and his 35-year career includes 25 years as a consultant working in the Napa Valley, Bordeaux, Greece, Italy and the south of France. After a long stint with Wirra Wirra he founded Mr Riggs Wine in 2001, winning more than 100 trophies and countless other awards along the way. Ten years ago he played a lead role in developing the sustainable farming program in McLaren Vale, rolled out nationally in 2019. More at threekingswinemerchants.com.au

2018 Ponting Close of Play Langhorne Creek Cabernet Sauvignon
Open-fermented, 11 days on skins, pressed straight to oak (30% new French, 5% new American) for extended maturation. It’s a powerful wine with great drive in the context of Langhorne Creek cabernet. It’s still flexing its muscles and will improve with 5-plus years in bottle as the fruit, oak and tannins seamlessly mesh. 14% alc, screwcap 94 points, drink to 2033, $25