The bright stars in the Seppelt sky 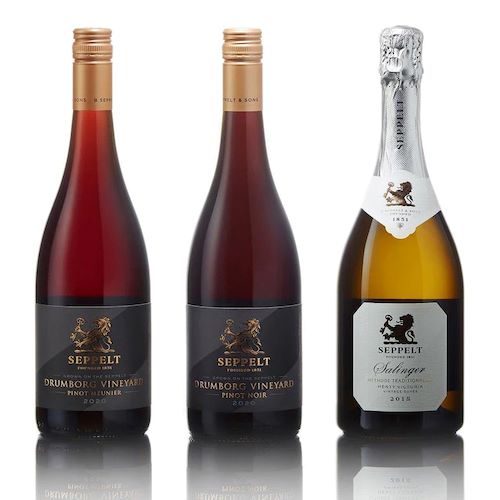 When the gold ran out, Joseph employed former gold miners to excavate underground drives (tunnels) for bottled wine storage à la Champagne. When he died interstate in 1887, his vision had created a business that led another visionary, Hans Irvine, to expand the vineyards by planting what he thought was chardonnay, but was in fact ondenc (and became known as Irvine’s White). He installed state-of-the-art equipment for making sparkling wine, and hired a French winemaker from Champagne. In 1892 he built new red brick cellars which, coupled with the drives, had a capacity of 1.35 million litres.

He saw out the bank collapse of 1893, but sold the business to his friend Benno Seppelt in 1912. For the next 60 years Seppelt Great Western Champagne was the market leader; the appointment of Colin Preece as winemaker in 1932 ushered in majestic table wines, too.

Another visionary, Karl Seppelt, foresaw the move to cool climates, and chose to plant the first 60ha of a vineyard in Henty, which Dr John Gladstones says has the coolest climate in Australia. It proved difficult to manage in the early years – so much so that it was partly mothballed, and nearly abandoned. Now, though, it’s a bright star in the Seppelt sky.

Part whole bunch, part destemmed fermentation, matured in used French oak. Light, crystal clear crimson hue. Has a bouquet of cherry blossom and hints of spice and whole bunch notes. It’s light-bodied, but the fruit of the palate is very long and intense. Stop and think about the aftertaste. 94 points, drink to 2028, 12.5% alc, Screwcap, $36

50% whole bunch/50% whole berry open fermentation, 8 months in French oak (32% new). This is a ravishing wine, the bouquet expressive, the palate explosive, with a profusion of red and blue berries, rhubarb and spice given texture and structure by savoury tannins and a nudge of oak. 97 points, drink to 2032, 13% alc, Screwcap, $45

Traditional method; pinot noir, chardonnay and pinot meunier from the Henty vineyard, tiraged on lees for 5 years. Its vibrancy reflects the natural acidity of the green apple and white peach fruit, its shimmy of brioche comes from the long time on lees. Astonishing value. 95 points, drink to 2025, 11% alc, Cork, $30