The making of Angove Family wines 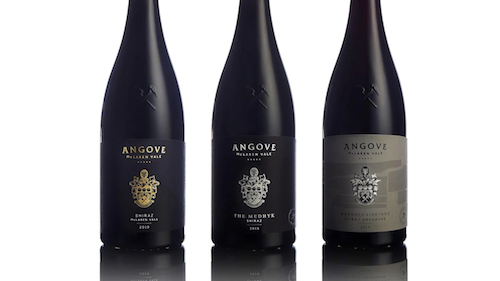 As foreshadowed in my article of 31 July on the vineyards past and present, I take up the tale in the Tea Tree Gully area just north east of today’s Adelaide.

When William Thomas Angove emigrated to South Australia with his wife and five children in 1886 his genes set the path for the next four generations (and counting) to follow. Given that he had obtained his medical degree from the prestigious St Bartholomew’s Hospital in London, it required courage and vision to enter into the unknown. But by the time of his death in 1912, he had planted 100ha of vines, built two cellars, and seen his son Carl travel to Renmark to establish the first winery and distillery in the Riverland. It was he who joined forces with Ronald Martin (of Stonyfell/Saltram) to establish Dominion Wines in 1929 and act as one of the four largest exporters to the UK.

In 1959, third generation Thomas Angove planted the Nanya Vineyard near Renmark, then the largest in the southern hemisphere, its trellis wires said to stretch from Adelaide to Melbourne and back. His increasing concern about urban encroachment on Tea Tree Gully had spurred on the Nanya project (the Tea Tree Gully vineyards were compulsorily acquired by the state government in 1974, the last vintage in 1979).

Fourth generation John Angove became managing director in 1983, bringing a vision for increased quality across all the Angove wines, not baulking at the cost of replanting Nanya with east-west row orientation, previously north-south, later securing its organic status. He also set up a small volume winery within the main Nanya winery.

In 2008 the 55yo McLaren Vale Warboys Vineyard was acquired, now using biodynamic practises, and is home to the attractive cellar door. A second high quality vineyard McLaren Vale (Angel’s Rise) was added in 2019, marking the fifth generation’s arrival (brother Richard, sister Victoria) as joint managing directors, and expunging the memory of the loss of Tea Tree Gully.

A near-perfect illustration of varietal character with eiderdown tannins underlaying a Magimix blend of dark chocolate and blood plum fruit. Generosity is its calling card, and it won’t die any time soon. A multipurpose player with food.

From 55yo estate vines; fermented and matured 17 months in new and used French oak. The bouquet has the inimitable McLaren Vale fusion of plum and dark chocolate, the palate wonderfully light on its feet thanks to controlled alcohol and oak letting the terroir speak.

The grenache was whole bunch fermented, the shiraz as whole berries. Matured for 15 months in used French puncheons, bottled without fining or filtration. Elegance and purity in every sip of this parade of red and black cherries, spices and super-fine tannins on the lingering finish.