The making of Elderton wines 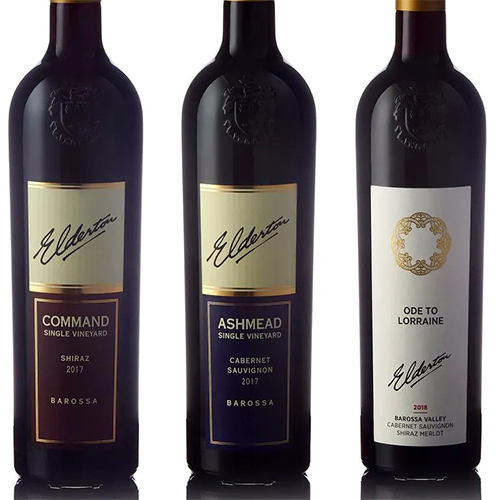 Family-owned wineries are the soul of the Australian wine industry, whether one or six generations. The willingness to have a go is part of our DNA, and to hang in there when the going gets tough – whether it’s drought or flood, family tragedy, pandemic or the overnight disappearance of Australia’s dominant wine market, China. Good luck is one of the antidotes for these travails.

Two figures stand tall in the Elderton story: the splendidly named Wellington Rice and his daughter Lorraine. Wellington was a successful entrepreneur, adept in finding businesses that had potential no one else could see. Thus, with no background in wine (potatoes, milk distribution and butchers being his prior businesses), in 1980 he bought an old vineyard in Nuriootpa – planted in 1894 – and set about rejuvenating the vines.

In the meantime, Lorraine had met and married Neil Ashmead, raising three boys, Cameron (born 1972), Wesley (1974) and Allister (1976). After finding it hard to start a business of their own, they decided to leave Australia when Neil was offered a job in Saudi Arabia from 1979 to 1981. Wellington had promised the vineyard was theirs when they returned. Elderton’s first wine was made in 1982, with the help of Peter Lehmann, and Neil Ashmead’s marketing skills came to the fore. With Jim Irvine as consultant winemaker, luck smiled with Elderton winning the 1993 Jimmy Watson Trophy.

Its impact on the business was profound, but against the background of tragedies. Wesley died from a brain tumour on January 1, 1988; in 1997, Neil took his own life. Lorraine had always run the business, but now she was doing it on her own. As if to even the fates, by 2003 her sons Allister and Cameron had joined the business and it won a stream of awards that put it fairly and squarely on the international stage.

From the 1894 vineyard; open fermented and matured for 30 months in new American and French puncheons. The sheer intensity of the palate is a reflection of the cool vintage and the inherent quality of the fruit. Elegance and power go hand-in-hand, the finish and aftertaste all class. 14.9% alc, screwcap. 96 points, drink to 2037, $125

A 58/38/4% blend, open fermented and matured in French puncheons (30% new) for 28 months. It has a rich and complex tapestry of aromas and flavours, bringing warm spices and chocolate/mocha notes into play alongside black fruits and firm tannins. 14.7% alc, screwcap. 94 points, drink to 2038, $50