The making of Seppeltsfield wines 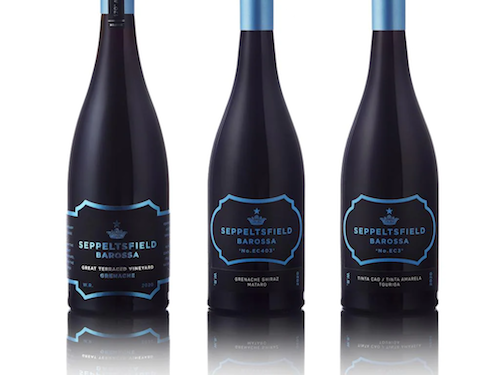 Joseph Seppelt, founder of Seppeltsfield in 1851, and Warren Randall, current owner, shared the ability to bet the house without blinking. Take Joseph, from a wealthy family in Silesia making cigars and liquors, becoming the owner of the business when only 20. Political and religious concerns led him to sell up and move to South Australia in 1849 with his wife Charlotte, three children, 13 neighbouring families, and several young tradesmen.

Moving to Barossa he established Seppeltsfield, persuaded his loyal neighbours to plant vines, and the business grew at a rate impossible in Australia these days. In 1868 he handed the keys to son Benno saying ‘Make of this what you will’ and died a year later. Quite apart from fathering children, Benno only knew one way, continuing the frenetic growth.

So where did Randall come from? A relatively humble sparkling winemaker for Seppelt at its Great Western winery, but without a family connection or wealth. Apart from some driving peccadilloes, he had unerring judgement when it came to buy or sell. Now in his mid-60s, he heads a private company with more top (A Class) vineyards than any other Australian vigneron. He bet the house in establishing the largest supply of irrigation water in most of the Barossa Valley.

He watched as an outsider as successive corporate owners of the truly unique Seppeltsfield town-cum-winery, and its wealth of very old fortified wines, the 100 Year Old Para Liqueur the flagbearer. When members of the far flung Seppelt family sought to sell their shares he bought them. But his decision to buy Janet Holmes à Court’s shareholding was the master play, Randall now with over 90% of the shares on issue.

The wines featured today were all made in a unique 19th century gravity flow system running down the hillside on which the winery stands. Seppeltsfield’s corporate owners had declined to maintain it, then forced to mothball it. Randall didn’t hesitate: he wagered the $1million required to return it to working order.

1855 first planted, replanted 1958 in contoured rows. Matured up to 9 months in used French foudres and puncheons. Richly upholstered, full-bodied Barossa Valley style, spice, licorice, liqueur plums; opened up in the glass after an hour, pointing to the future.

Grenache (45%) ex Great Terraced Vineyard, shiraz (30%) ex two parcels from Seppeltsfield’s western and southern parts of the Valley, the mataro (25%) ex a grower’s vineyard on the Western Ridge. Deeply coloured; the expressive bouquet is a delight, as is the depth of the black berry/cherry flavours on the palate, all achieved with great balance.

A 40/40/20% blend, each parcel separately vinified in open fermenters with a percentage of whole berries, and matured in used French oak. An unqualified success, elegant, fresh and perfectly balanced. Ready whenever you are.