Bannockburn Wines: made in Victoria, inspired by Burgundy 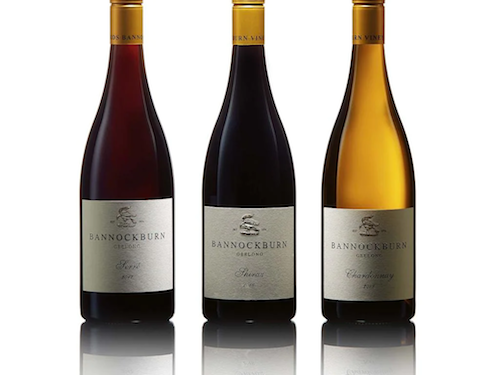 In 1983 I worked a vintage as a cellarhand at Domaine Dujac in Morey-Saint-Denis, a small town towards the northern end of Burgundy’s Côte de Nuits. If it had a shop of any significance I can’t remember it, likewise a restaurant. There was no main street travelling north-south or east-west but the narrow RN74 would start you on your way to Dijon.

I had visited Domaine Dujac in 1982 wearing several hats: learning as much as I could about making red Burgundy, sourcing wines for David Jones’ Connoisseurs Club, writing about the greatest restaurants in France, and generally having the time of my life. But as I walked into the courtyard of the house and winery, I also had a major surprise. Looking back at me with an equally surprised look on his face was Gary Farr, the winemaker at Bannockburn, in Victoria’s Geelong region. Jacques and Roz Seysses hadn’t thought they needed to let each of us know the other was coming. Still, Gary and I quickly got used to great food and greater wine served each night. It was a one-off job for me, but Gary returned the next year and many years thereafter, ultimately standing aside for his son Nick.

They no longer have any direct connection with Bannockburn, but the style Gary first made in 1984 has lived on, because – as the Burgundians would say – you may have moved on, but the ground and memories remain here.

The production of Bannockburn is about 10,000 dozen bottles of pinot noir, chardonnay and shiraz, all of great quality. When weather conditions permit – as they did in 2017 – the sublime Pinot Noir Serre is made. It comes from a plot planted with 8000 vines per hectare (traditional Australian planting was the width of the tractor, or 2200 vines per hectare).

And the inspiration for Serre? Domaine Dujac, of course.

Close planted in 1984/86. Vinified separately, thus a pair of wild ferments, one whole-bunch, the other destemmed. Pressed to French hogsheads (20% new), matured for 12 months. The perfumed bouquet of red berries, rose petals and spice leads into a wondrously fine, elegant palate. It’s the product of many things, including the great ’17 Victoria vintage. 12.5% alc, screwcap 99 points, drink to 2037, $97