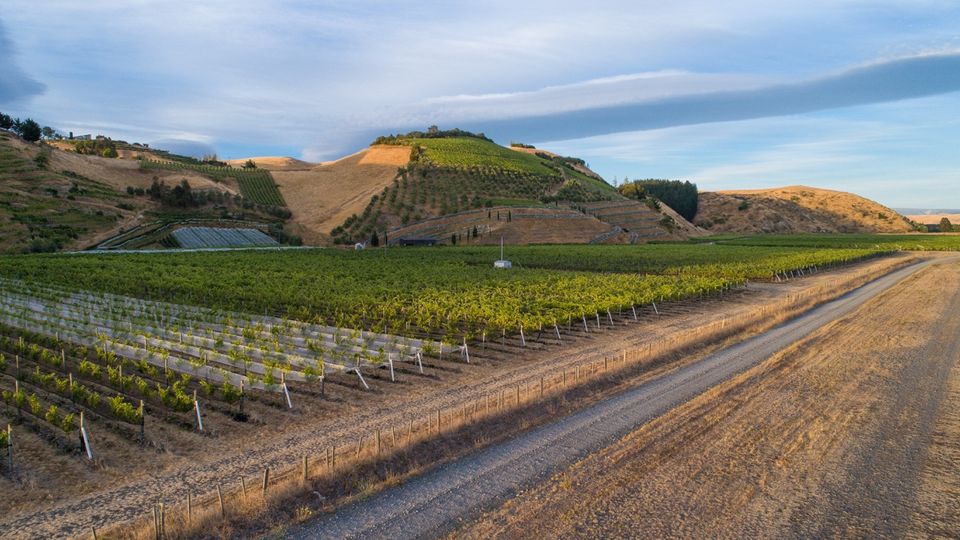 French vignerons have a time-honoured saying: “If our soil wasn’t the best in the world, it would be the worst.” Over the centuries, the best cropping and/or grazing soil was chosen first, vines and mustard left to struggle with stone, gravel and sand – a balance between water-holding capacity and free drainage.

Crop-duster pilot CJ Pask flew over some of the most barren land around Hawke’s Bay, New Zealand, every day. In 1981, his eyes saw what others didn’t when he bought a 40ha block at the end of Gimblett Road. The purchase raised eyebrows; the decision to plant merlot, cabernet sauvignon and cabernet franc beggared belief. At this time New Zealand had replaced muller-thurgau with sauvignon blanc, the seemingly endless money printer. The only downside was the widespread belief that it was a waste of time trying to make red wine from fully ripe grapes. Hawke’s Bay held out the best place, Te Mata Estate the flagbearer, 1979 its first vintage.

The Gimblett Gravels Wine Growing District of Hawke’s Bay has elbow room only, with 800ha of plantings leaving little or no land still available. A comprehensive set of conditions based on soil type and structure will deter any attempt to misuse the name. The small size of the region means there’s nothing to be gained from petty disputes, and marketing as a group is all-important.

One example is the annual benchmark tasting by Andrew Caillard MW, dating back to 2008. All members of the Gimblett Gravels Winegrowers Association are given the opportunity to submit up to three wines. There are two groups: Bordeaux blends led by cabernet sauvignon, and shiraz. This year 46 wines were submitted and blind-tasted, resulting in a 50/50 split between the groups (there is no predetermined control on the split). Only the small production protects us from a second Kiwi invasion.

2018 Villa Maria Ngakirikiri
90% cabernet sauvignon, 8% merlot and 2% malbec; the blend spends 20 months in French oak (60% new). A fascinating Provencale assemblage of wild herbs (thyme/rosemary), wood spices and a slash of licorice on the bouquet yield to fruity, ripe (not overripe) blackcurrant-dominant flavours on the palate. 13.5% screwcap; cork 96 points; drink to 2033; $150

2018 Trinity Hill The Gimblett
A 50/50% blend of cabernet sauvignon and cabernet franc matured for 21 months in 100% new French oak. Somehow the oak has been moulded into the perfumed blackcurrant fruit (the essence of great cabernet) on the palate, because succulence is the key descriptor of the long finish. Great value. 13.5% screwcap; cork 96 points; drink to 2030; $50