Some of my earliest vintages of Coldstream Hills 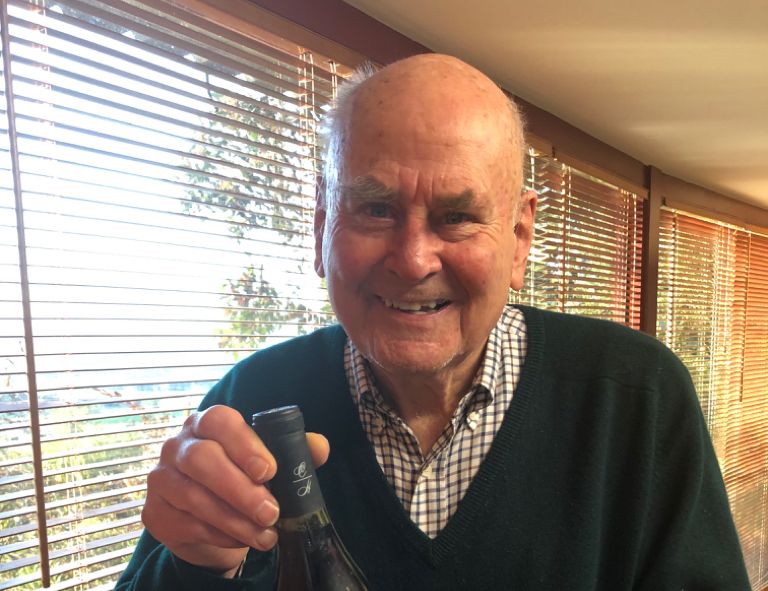 Coldstream Hills Miller Vineyard Pinot Noir 1988 – In preparing the way for the series of Langton’s auctions of a large part of my cellar, I discovered it has a capacity of over 11,000 bottles, not the 10,000 I had long thought was its capacity. In a weird way, it might explain why I had lost some of my bottles of the earliest vintages of Coldstream Hills when I was the sole winemaker in name and in fact.

As the years went by to 1992, Coldstream Hills won 36 trophies, 75 gold, 69 silver and 94 bronze medals with a success rate of 81.2%, more than twice the industry standard. Pinot Noir and Chardonnay were the most important, pinot noir with 18 trophies and 39 gold medals, Chardonnay with nine trophies and 18 gold medals.

Cabernet Merlot (’88-’91) added five trophies and six gold medals, Cabernet Sauvignon a trophy and 12 gold medals, Merlot two gold medals, and a one-off Gewurztraminer a gold medal. Corks have decimated the Chardonnays, but the red wines, particularly the Pinots, have shown remarkable resilience in vintages up to ’93, when screwcaps arrived for all varieties.

Finally I come back to the pinot that really started it all: the 1987 Miller Vineyard. In addition to the four trophies and four gold medals in domestic shows, it came equal-fourth in the 1988 Gault-Millau Wine Olympiades (highest of all wines other than Burgundies) and the trophy for Best Pinot Noir in the 1988 Qantas Cup Australia v United States.

And so to the ‘lost’ wines: ’87 Miller, ’88 Rising and ’88 Four Vineyards Pinot Noirs that I had forgotten I had. My excuse is that the ’91, ’92 and ’94 Reserve and varietal pinots covered themselves with show success, and it was these I focused on over the last 20 years. So much so that I have two bottles of the ’91 varietal and two of the ’92 varietal, but no bottles of the Reserves.

The first of the lost wines I tasted a month ago was the Miller Vineyard. The level was exceptionally high, as it was for all the ‘88s. The reasons?  They have been in one cellar since the day they were bottled, and I used the most expensive corks available – 54mm ‘chateau’ corks. The freshness, the purity of varietal expression, the mouthfeel, and the extreme length are utterly remarkable. Seriously great 30+-year-old Australian pinots? Yes, absolutely. None of the Coldstream Hills Miller Vineyard Pinot are going anywhere near the Langton’s auctions of much of my cellar, all will be shared with friends.