The making of Wirra Wirra wines 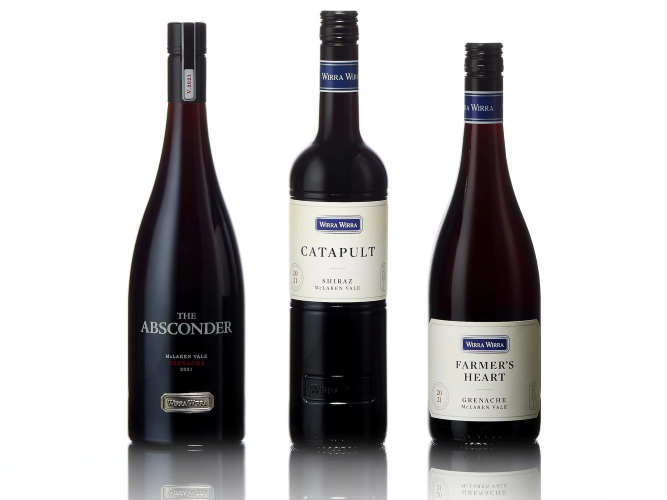 Wirra Wirra has always been one of my favourite wineries. Its founder was Robert Strangways Wigley, a member of a wealthy Adelaide family, who studied law and architecture, played cricket for South Australia, and found ways to outrage the establishment with practical jokes on a grand scale. His family banished him to McLaren Vale in 1893, aged 29, where he purchased a 100ha property, planting 40ha of vines the following year.

He had no prior experience of viniculture, but secured a job for 18 months at Thomas Hardy’s Bankside winery, one of the state’s most important wine centres. Hardy subsequently wrote ‘No town man worked harder than Mr Bob Wigley learning winemaking’, putting his new-found experience to the test by building a large and fully equipped winery. He established a strong export business with London shippers of South Australian wines, but when he died in 1924 his family sold all but 2.4ha of the vineyards surrounding the winery.

By 1969 the winery was derelict, the vines in poor condition, but McLaren Vale-based cousins Greg and Roger Trott recognised its potential, and purchased it. Greg became the front man, Roger ran the finances. Wigley’s ghost was ecstatic as Greg had inherited all of its eccentricities and love of practical jokes. He wasn’t a winemaker, but fostered loyalty and love in those who restored Wirra Wirra’s lost fame. When struck by cancer, he met it with sheer courage until he died on 5 March 2005.

The business moved on seamlessly for the last 16 years led by Andrew Kay, the winemaking team of four led by Paul Smith. In September this year the next generation took over with Matthew Deller MW joining as Chief Executive Officer after top level experience in the USA and more recently as Chief Global Sales and Marketing Officer of New Zealand’s Villa Maria.

Basket-pressed, hand-plunged, open fermented, 10 months maturation in French oak. The grapes that are so-used are of the highest quality. The scented/perfumed/spicy bouquet is foreplay for one of McLaren Vale’s greatest grenaches, the vintage giving fruit of stunning purity. The flavours take in contributions of red cherry, raspberry, spice and florals.

The vignerons of McLaren Vale were wildly ecstatic about the ’21 vintage, and finding this wine at this price explains their joy. It’s essence of McLaren Vale shiraz: medium- to full-bodied, laden with black fruits of all kinds, dark chocolate, licorice and savoury, ripe tannins.

In the middle of the mainstream of McLaren Vale grenache, arguably the single most hallowed earth to sustain grenache. Supple red and purple fruit flavours drive the wine, tannins and oak play support roles to this so-attractive grenache.